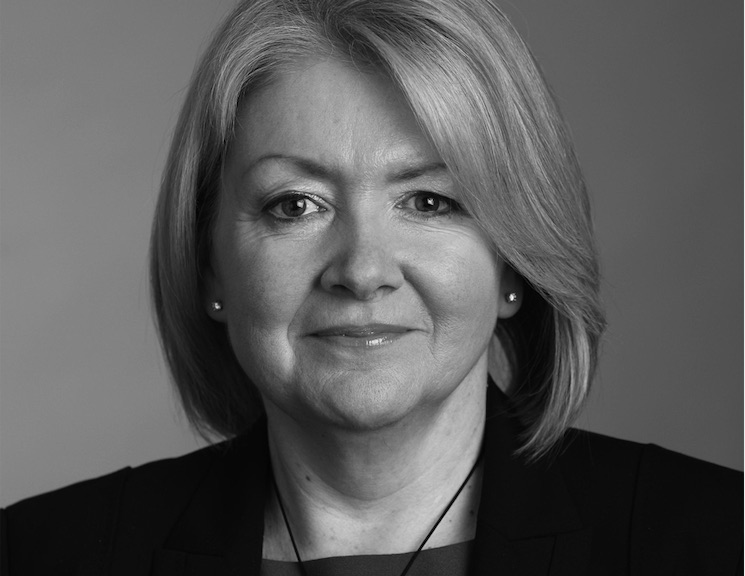 Paula Hodges QC became President of the London Court of International Arbitration (the LCIA) in May 2019. Under her leadership, the LCIA has grappled with Brexit, the Covid 19 pandemic and also released the 2020 LCIA Rules which came into force on 1 October. Alongside her role at the LCIA, Paula continues to work full-time as Head of Herbert Smith Freehills’ Global Arbitration Practice. She is ranked as one of the leading arbitration practitioners in the world and was awarded Queen’s Counsel in 2014 for her outstanding skills as an advocate.

We asked Paula about her role at the LCIA, the Covid 19 pandemic, Brexit and her hopes and expectations for the future of arbitration.

The President leads the LCIA Court (formed of arbitration practitioners from across the world) and acts as an ambassador for the LCIA as an institution. I work closely with the Director General, Jacomijn van Haersolte-van Hof, the Secretariat team and members of the Board. Our over-arching aims are for the LCIA to continue to expand internationally attracting parties and arbitrators from all over the world, and to ensure that the LCIA keeps ahead of evolving arbitration trends. The LCIA Court is the guardian of how the rules are applied to ensure the high standing of the LCIA as an arbitral institution is preserved.

As President, I therefore oversee the administration of LCIA arbitrations. The Secretariat carries out the day-to-day administration, with the President and Vice-Presidents appointing all arbitrators whether they are nominated by the parties or chosen by the LCIA. We also deal with a wide range of procedural issues (particularly before the Tribunal is in place), including applications for expedited proceedings, emergency arbitrations, requests for consolidation, challenges to arbitrators and costs.

I am delighted that the focus on gender diversity has really gathered pace over the last five years or so in the arbitral community, particularly since the introduction of the Equal Representation in Arbitration Pledge. Looking at the statistics published by institutions, it is great to see that more women are being appointed, even if there is still some way to go to reach “equality”. The LCIA has taken a leading role on this, with 48% of all arbitrators selected by the LCIA Court being female appointees in 2019 (up by 5% from 2018 and 16% from 2017). And we were delighted to receive an award from Global Arbitration Review this year as recognition for the progress the LCIA has made in this regard.

Whether it is the involvement of women at the LCIA that is behind this success is very difficult to say, although I suspect that helps. Women have played prominent roles at many of the leading arbitral institutions for some time, but there are perhaps fewer women with similar roles to mine and that of my predecessor, Judith Gill, at the “Court” level. Nevertheless, I would hope that all arbitral institutions have the same focus on diversity and the same appreciation of the importance of this issue regardless of whether they have women in positions of authority.

I would hope that all arbitral institutions have the same focus on diversity and the same appreciation of the importance of this issue regardless of whether they have women in positions of authority.

Obviously arbitral institutions are only part of the picture. Parties are still lagging behind in their appointment of female arbitrators and it is up to law firms to help remedy that problem by offering more diverse lists of potential candidates to their clients. At Herbert Smith Freehills, we have taken our signature of the Equal Representation in Arbitration pledge extremely seriously, seeking to include a female candidate on all of our arbitrator shortlists, monitoring our gender statistics and encouraging our female arbitration practitioners to put themselves forward as arbitrators. Seeing the positive impact of that initiative at my own firm and the efforts of institutions like the LCIA means I am cautiously optimistic for the future.

Well, the launch of our 2020 Rules has obviously been the biggest change, and possibly also one of the biggest challenges! I am very pleased with the end result and the way the new rules have been received by our users and the wider market – the responses have been extremely positive.

Obviously, like everyone else, the institution has also had to adapt to a new way of working due to the Covid 19 pandemic. That has been a challenge and a change, but has also led to some real innovation.

Yes, absolutely. The UK went into a national lockdown on 23 March 2020 and remained like that for a number of months. Even now, we are being advised to work from home where possible and the level of restrictions we are facing in London is increasing again. Fortunately, the LCIA took steps back in March to ensure that the casework team had all of the equipment and resources they needed to work from home, and I am very proud of the way in which everyone adapted very quickly. In addition, changes had to be made to the administration of LCIA arbitrations. For instance, many parties have historically submitted Requests for Arbitration to the LCIA in paper form and this had to change to Requests being lodged electronically because the team were all working from home. The global lockdown has also affected the daily routine of members of the Court – many of us are travelling much less, but at least that means that we are often more available to assist with procedural issues than we normally would be!

By reacting quickly to the pandemic and posting guidance on how to commence an LCIA arbitration electronically etc, filings have continued and many new arbitrations have been commenced. We have not seen many Covid-related arbitrations being started as yet, but it is still early days – we could well be in the lull before the storm as parties continue to grapple with the immediate effects of the pandemic and strive to keep their business going as smoothly as possible.

Overall, the speed of innovation at the LCIA has been incredible. Electronic registration and communication has become the default means of communicating in the 2020 Rules, which also recognise the power of tribunals to order that a hearing takes place remotely. Absent the pandemic, it is unlikely that these changes would have been viewed as necessary in the 2020 update to the rules.

Absent the pandemic, it is unlikely that these changes would have been viewed as necessary in the 2020 update to the rules

The LCIA is obviously an international institution, but while our users are drawn from across the world, they predominantly use London as a seat of arbitration and choose English law to determine their disputes.

London has an excellent reputation and strong recognition globally. It is viewed as a “safe seat” and is also one of, if not the, most popular seats of arbitration in the world. There are many reasons for that. The UK is a signatory to the New York Convention and has the Arbitration Act 1996: a well drafted, clear piece of modern arbitration legislation. It has a highly regarded judiciary and a court system viewed as impartial, with a strong track record of supporting arbitration and enforcing arbitral awards. All these reasons why parties choose a London seat remain valid and unaffected by Brexit. English contract law also sits largely outside the reach of European law and is therefore similarly unaffected.

For every party who decides to go elsewhere because of Brexit, we have parties who are choosing to arbitrate in London rather than litigate in the English courts

So what do we forecast in term of impact? As things stand, we expect the impact of Brexit to be pretty neutral on London as a seat and on popularity of the LCIA in the short to medium term. For every party who decides to go elsewhere because of Brexit, we have parties who are choosing to arbitrate in London rather than litigate in the English courts. Longer term, the implications for London as a seat of arbitration will be intrinsically linked to how the UK portrays itself and seeks to welcome and encourage international investment and participation. I am hopeful that parties from across the world will continue to view London as their preferred venue to resolve their disputes.

The short answer to that is “growth”. We continue to see the global reach of arbitration spread as more and more countries sign up to the New York Convention. We see increasing use of arbitration in Asia, Latin America and in Africa, and we see new arbitral institutions springing up around the world in response to that demand. So I believe that growth will continue.

But “growth” isn’t just about reaching more users and markets. I also hope that we see a future in which institutions, arbitrators, practitioners and users adapt in response to the many disruptive technologies we are experiencing. I also hope that the arbitration community continues to evolve in response to criticisms about arbitral procedure and important issues like diversity. As a practice area, we are able to adapt and respond quickly, without the slow moving machinery of national courts, and I look forward to seeing what the next decade holds for us all!

we are able to adapt and respond quickly, without the slow moving machinery of national courts

My top three characteristics would have to be intelligence, empathy and organisational skills. A brilliant legal mind is not enough on its own. An effective arbitrator also has to understand the practical realities of international business and appreciate the cultural differences inherent in cross-border disputes. In addition, users want arbitrators to be well prepared, focused on getting the matter heard expeditiously and able to produce a well-reasoned award without undue delay. 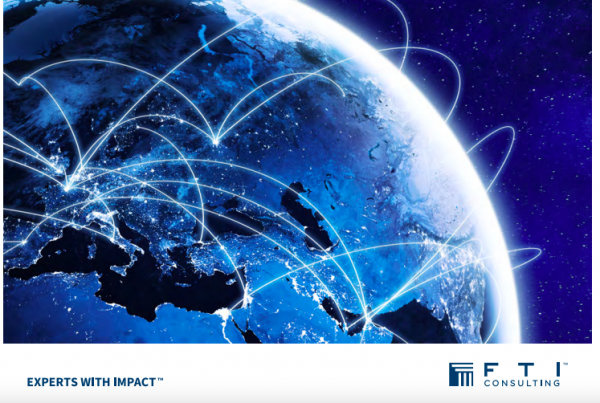 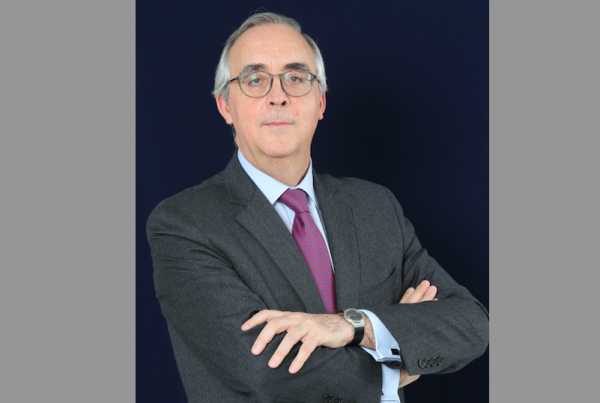 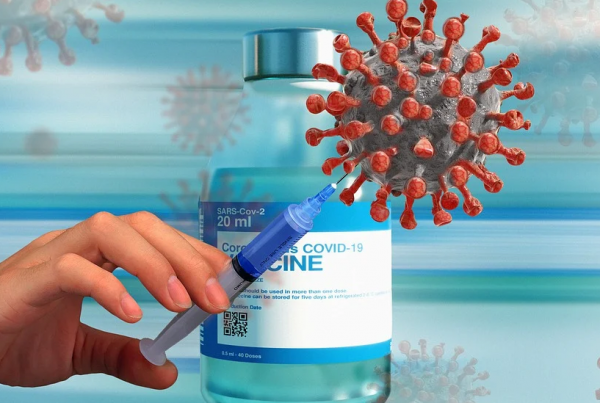