The European Commission has approved its proposal for a new and transparent system for resolving disputes between investors and states – the Investment Court System. This new system would replace the existing investor-to-state dispute settlement (ISDS) mechanism in all ongoing and future EU investment negotiations, including the EU-US talks on a Transatlantic Trade and Investment Partnership (TTIP).

The proposal for an Investment Court System builds on the substantial input received from the European Parliament, Member States, national parliaments and stakeholders through the public consultation held on ISDS. It is intended to ensure that all actors can have full trust in the system. Built around the same key elements as domestic and international courts, it enshrines governments’ right to regulate and ensures transparency and accountability.

First Vice-President Frans Timmermans said: “With our proposals for a new Investment Court System, we are breaking new ground. The new Investment Court System will be composed of fully qualified judges, proceedings will be transparent, and cases will be decided on the basis of clear rules. In addition, the Court will be subject to review by a new Appeal Tribunal. With this new system, we protect the governments’ right to regulate, and ensure that investment disputes will be adjudicated in full accordance with the rule of law.”

“Today, we’re delivering on our promise – to propose a new, modernised system of investment courts, subject to democratic principles and public scrutiny,” said Trade Commissioner Cecilia Malmström. “What has clearly come out of the debate is that the old, traditional form of dispute resolution suffers from a fundamental lack of trust. However, EU investors are the most frequent users of the existing model, which individual EU countries have developed over time. This means that Europe must take the responsibility to reform and modernise it. We must take the global lead on the path to reform.” She added: “We want to establish a new system built around the elements that make citizens trust domestic or international courts. I’m making this proposal public at the same time that I send it to the European Parliament and the Member States. It’s very important to have an open and transparent exchange of views on this widely debated issue.”

The proposal for the new court system includes major improvements such as:

This builds on the EU’s existing approach which ensures:

This is not the end of the process. The Commission will now have discussions with the Council and the European Parliament. Once the text of the proposal has been discussed, it will be presented as an EU text proposal in the EU-US trade talks and will be used in other ongoing and future negotiations.

Towards an International Investment Court

Finally, in parallel to the TTIP negotiations, the Commission will start work, together with other countries, on setting up a permanent International Investment Court. The objective is that over time the International Investment Court would replace all investment dispute resolution mechanisms provided in EU agreements, EU Member States’ agreements with third countries and in trade and investment treaties concluded between non-EU countries. This would further increase the efficiency, consistency and legitimacy of the international investment dispute resolution system. 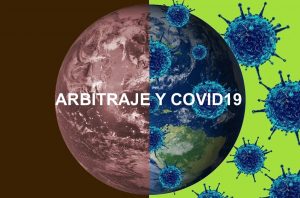